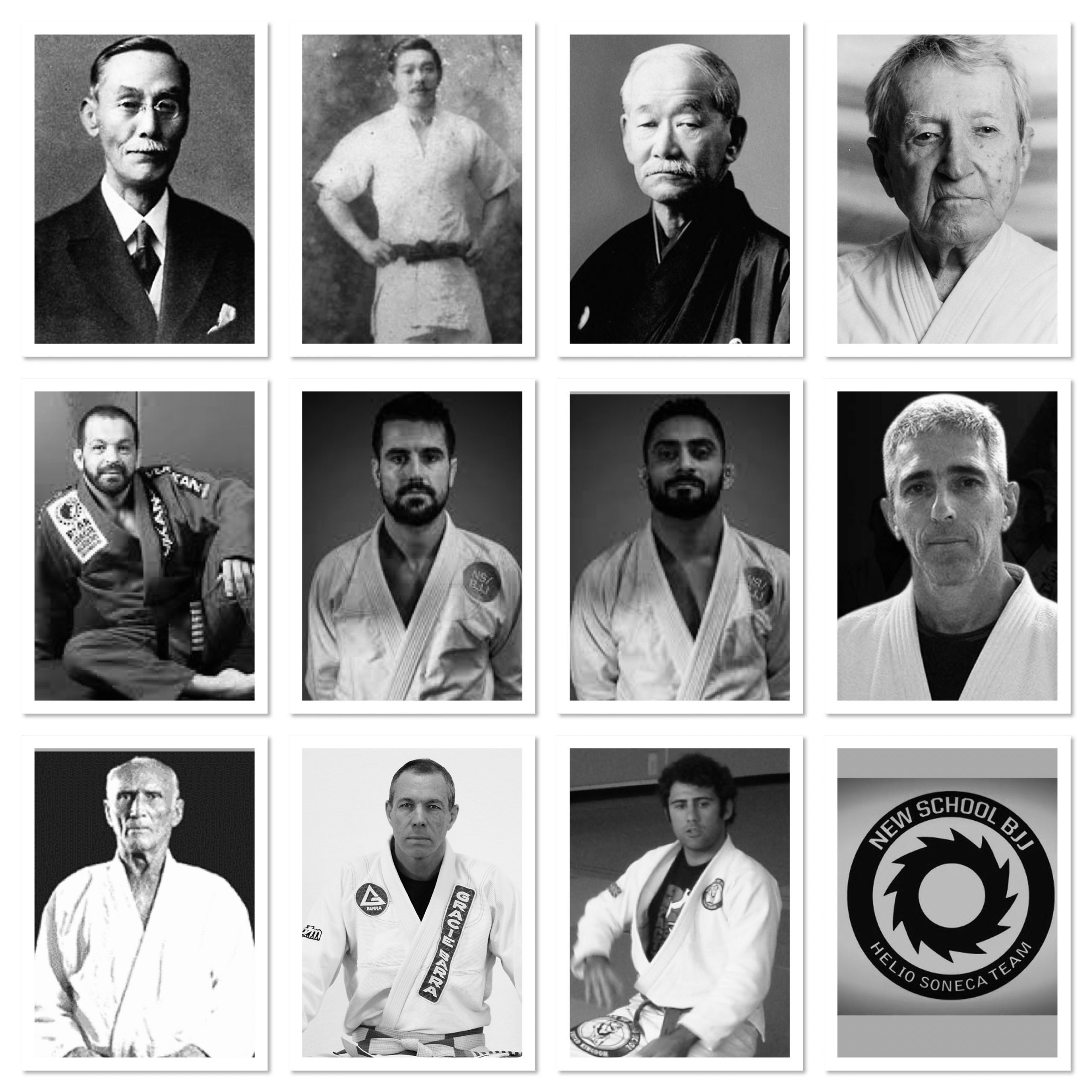 Japan to Brazil to New School BJJ!!!
By Jasen Vassoodaven

Brazilian Jiu-Jitsu is relatively new to the UK, when you compare it to other combat styles and systems, but it has had a huge impact on the martial arts world. Despite its ever-growing popularity, a lot of people who have never heard of it before, can’t understand how a Jiu-Jitsu art is Brazilian, when Jiu-Jitsu is supposed to come from Japan.

Furthermore, people who train in traditional martial arts are very proud of having a lineage that they can trace to the founder of their art. This justifies the legitimacy of what they are practicing, in some cases, more than the actual ability to apply what they are learning in combat. I’ve had conversations with people who have practiced more traditional martial arts and when I have told them that I practice BJJ, they find it odd and I’ve even had someone say “Nah, that’s not real jiu-jitsu.” Why? Because they think it is only real if the art has direct roots from Japan. What they don’t realise is that the history of Brazilian Jiu-Jitsu is just as rich as the more traditional arts.

In fact, the lineage can be traced to Jigoro Kano, the founder of Judo. He was a practitioner of two styles of traditional Japanese Jiu-Jitsu – Tenjin Shin’yō Ryu and Kito Ryu – and some argue that Jigoro Kano is the actual inheritor of the Kito Ryu style.

So, just to show a bit of the history of our school, I’ve done some research to trace back our lineage to the founder of the Tenjin Shin’yō Ryu style, taking our lineage all the way back to the 1830’s. Although, we don’t practice these arts, judo is a direct development of the traditional styles that Jigoro Kano practiced and, in turn, BJJ is a development of Jigoro Kano’s very early style of Judo, which was taught to Carlos Gracie Senior. 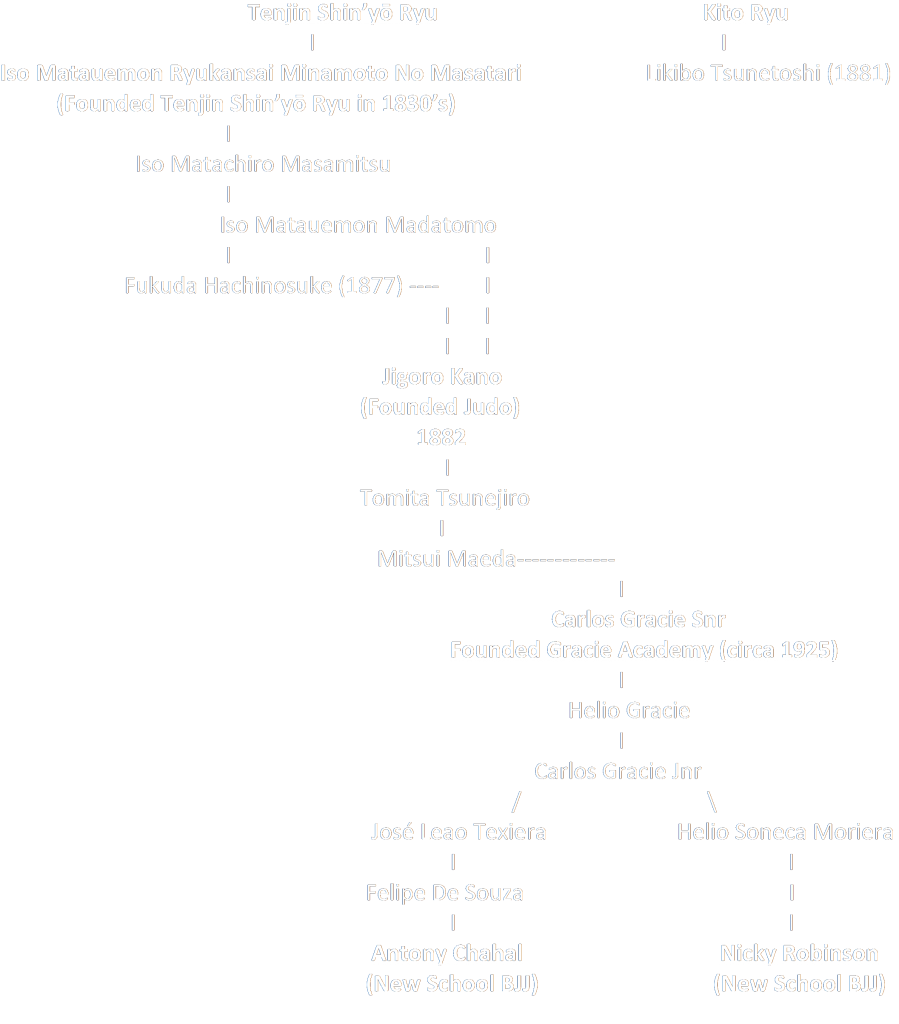