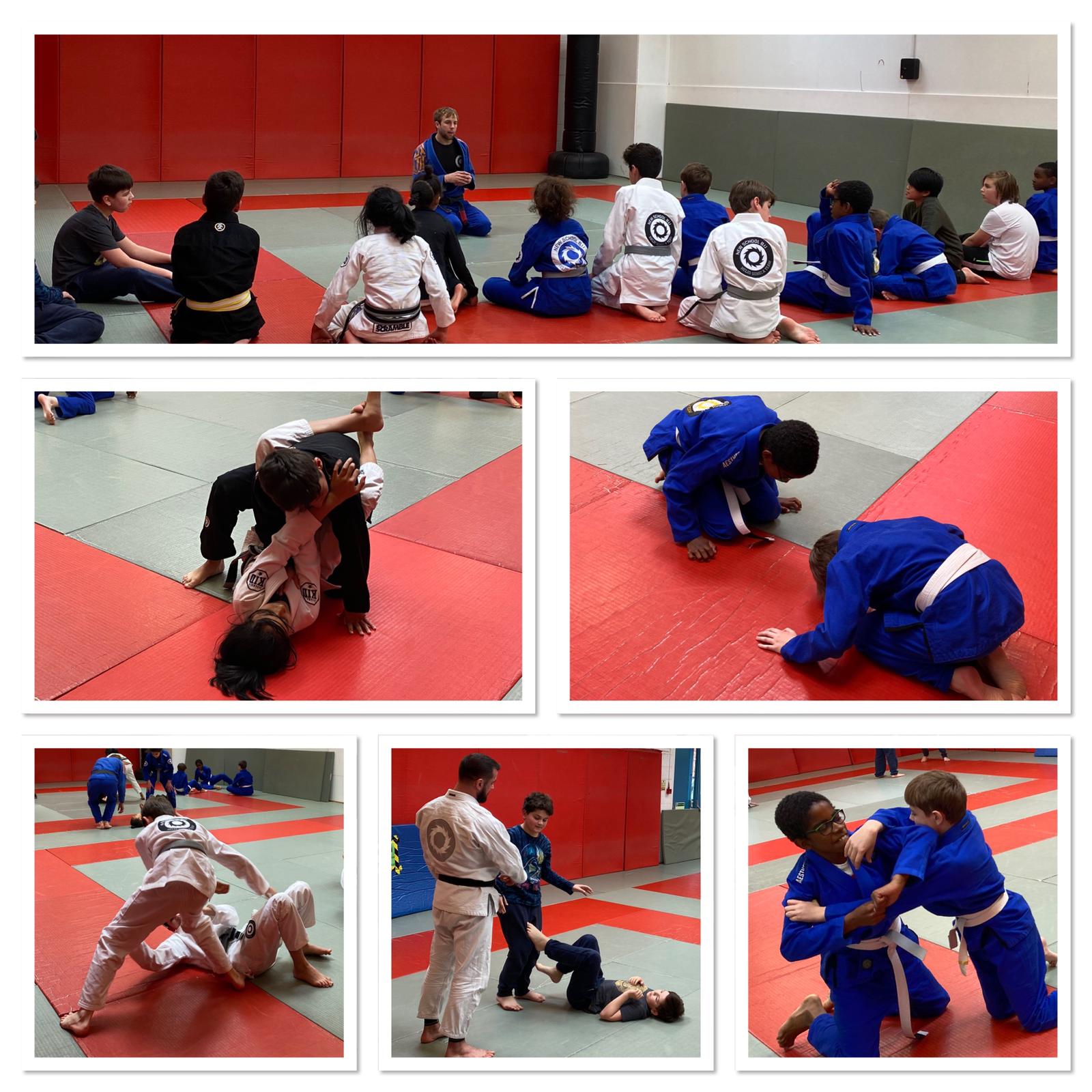 Kids are back at Battersea 2

Kids are back at Battersea!! Wednesday 19th May, saw the return of our Kids sessions, back in the dojo at Battersea Sports Centre! This marked the return of our twice weekly Cubs and Junior sessions, which run on Wednesdays and Saturdays and it was great to see our kids back in the Battersea dojo! It was also great to see some new faces join in on the sessions!!! The kids were taken through the usual warm up of jogging, performing rolls and breakfalling. They then partnered up to drill some techniques together. Finally, and the bit that the kids seem to love the most, they all got to do some rounds of sparring! BJJ sparring is very similar to ‘playground […] 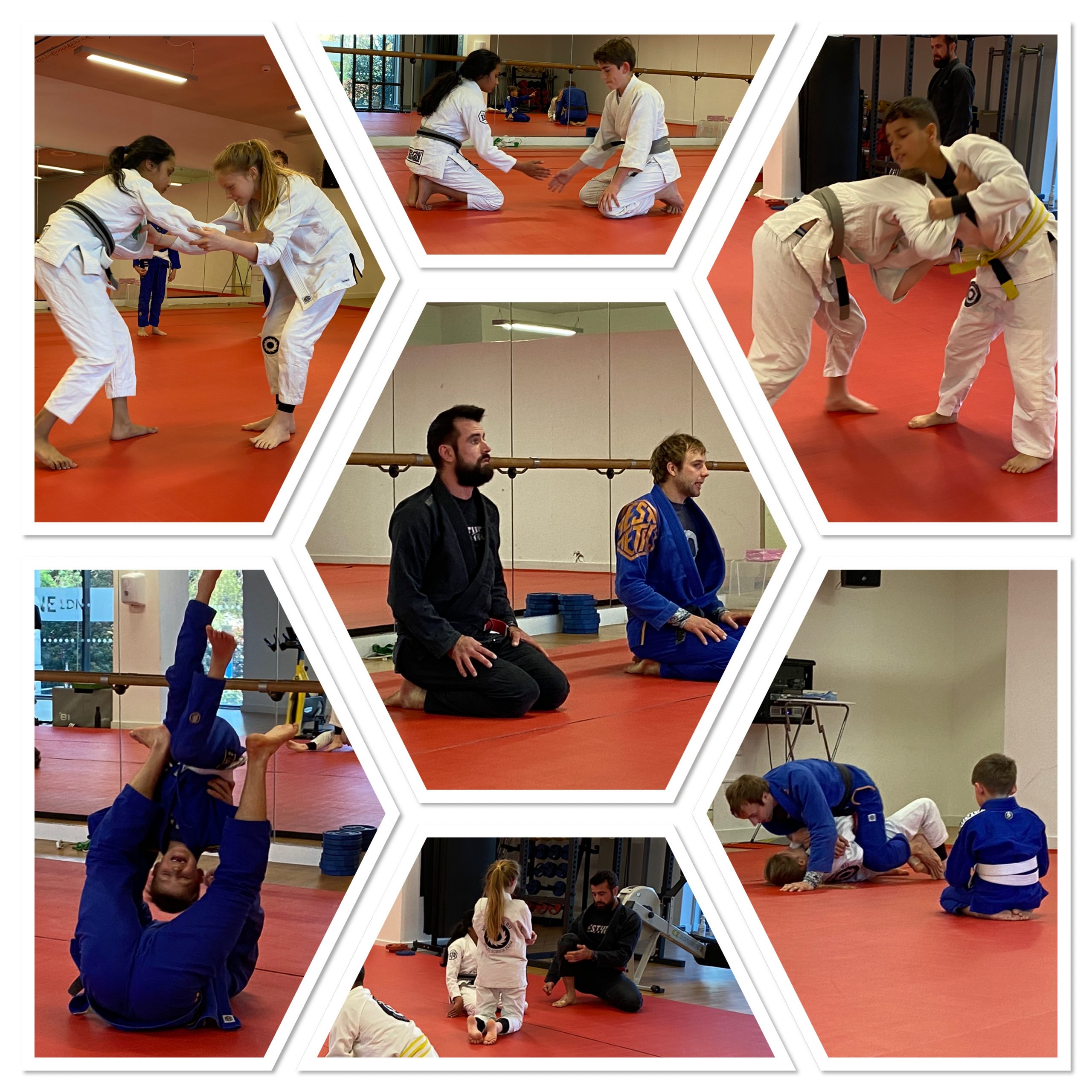 Kids session at One Ldn fitness club Fulham On Saturday, the 24th April 2021, New School BJJ started its Kids Jiu-Jitsu classes at the One Ldn fitness club in Fulham. The kids had a great time getting back into training with their friends and seeing their instructors, Nick Robinson and Tom Pollard!!! The kids began with a warm up, including breakfalling, and then worked on their takedown skills. After a fantastic first session back, the kids got stuck into some sparring to finish off the class.  It had been a long time off the mats for most of the kids, so you can imagine how eager they all were to spar each other!!! Well done kids and it’s great to […] 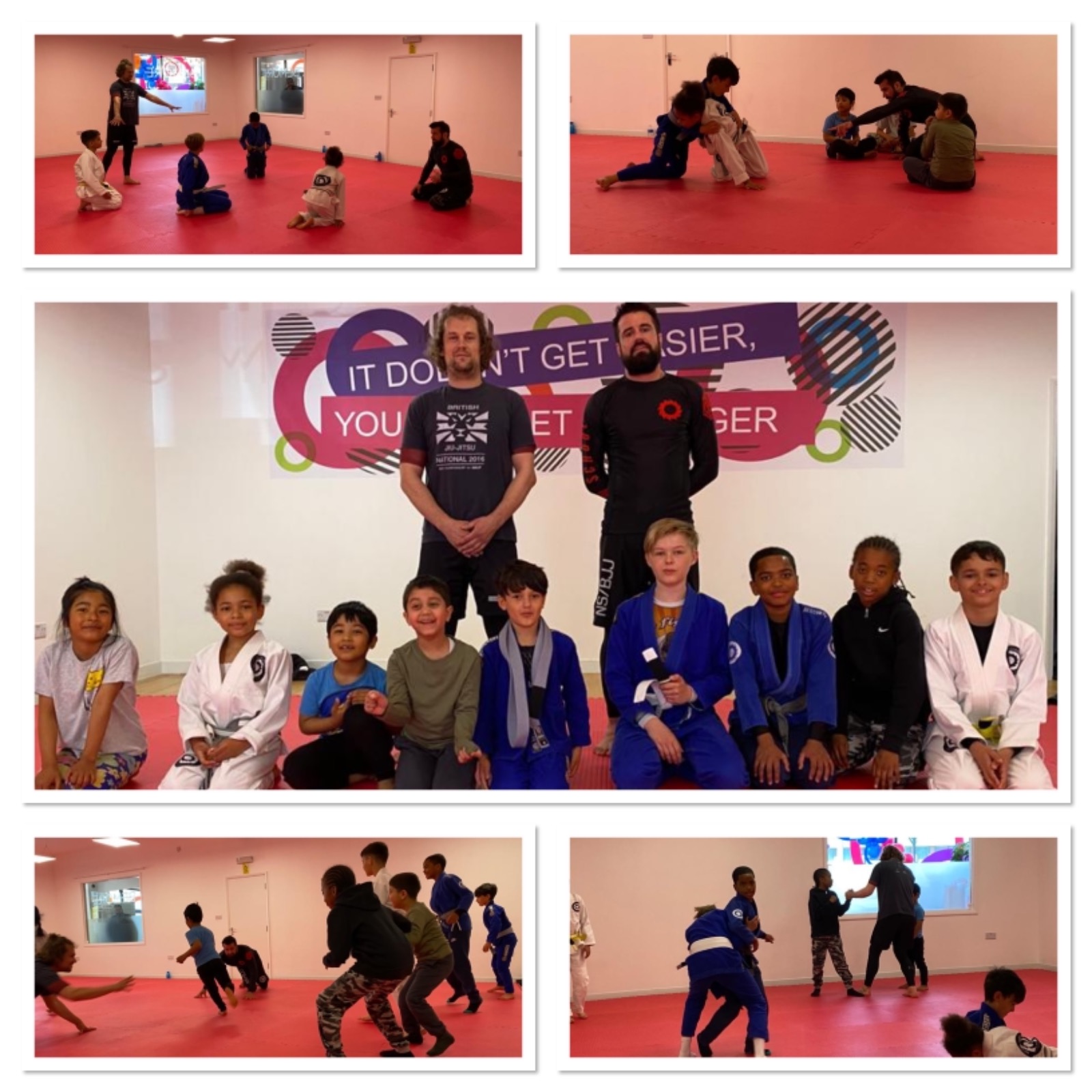 Kids Are Back in BJJ!!

Kids Are Back in BJJ!! North Cheam On Saturday 17th April 2021, New School BJJ was finally able to start the first kids BJJ session of the year, at our Cheam dojo!!! Since the beginning of the year, we had been unable to run any Jiu-Jitsu classes because of the National lockdown. So, you can imagine how eager the kids were to get back into training!!! It was amazing to see the kids enjoy getting stuck into what they love doing. It was also great to see a few new faces! The kids started off with a warm up, followed by some self-defence techniques – including avoiding a punch and shooting in for a single leg or double leg takedown […]

New School, New Branch, North Cheam Kids!! On Saturday, the 12th December 2020, New School BJJ were proud to hold the first Kids class at the new branch in North Cheam. The plan was to start the sessions in the new year but, as you can imagine, a few of the kids were itching to get on the mats early. So, coach Lukasz, decided to open up for a few classes before the festive break! Lukasz is not only a BJJ brown belt but is also a very experienced and successful competitor, having won tournaments in both Gi and No-Gi divisions. In addition, Lukasz also works as a referee at some of the UK’s most prestigious BJJ and grappling competitions.  […]