On Sunday 15th May, New School BJJ held a competition training session for the kids. Unlike a regular session, there was no focus on drilling techniques. After a warm up, they were given a brief explanation of the points system. After this, the kids were put into groups to do a few rounds of round robin sparring, whereby one opponent stays on for two rounds. This led into specific sparring from side control, encouraging the kids to apply their skills in escaping from this position. The kids were then paired up to do several rounds of full sparring and it was great to see them attempting arm bars and rear naked chokes, as well as applying sweeps and focusing on maintaining a strong position.

Every single member of the group had put in a great amount of effort, working hard to keep going through the rounds.

So, the session was finished off with a fun few rounds of ‘chicken and fox’, in which the kids were encouraged to use their Jiu-Jitsu skills to take their opponents belt. They didn’t just try to run around each other but, instead, used tactics like guard pulling, arm dragging and guard passing to win.

What made this session special was that the kids were a mixture of members from our Battersea and Cheam dojo’s, giving them all the opportunity to spar and train with kids that they are not usually used to training with.

The kids were brilliant, really pushing themselves to work hard and we look forward to seeing them in the next competition class 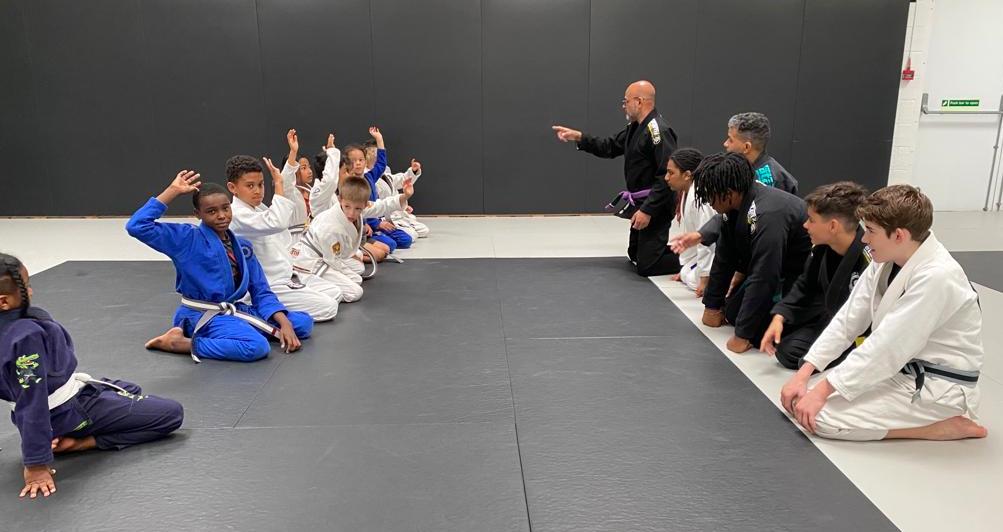