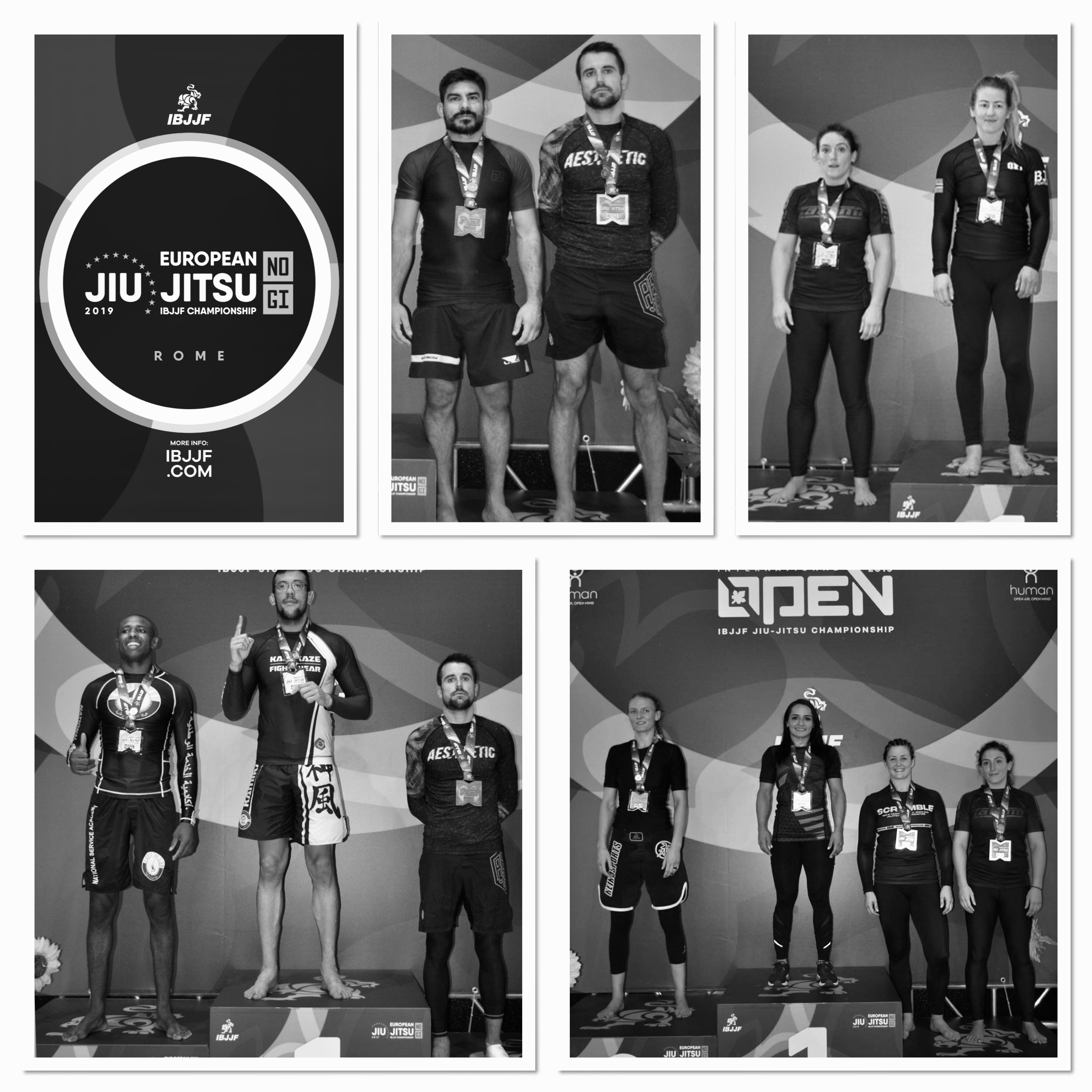 Another weekend of competition, this time at the European Jiu-Jitsu No Gi IBJJF Championships in Italy.

We had two of our New School BJJ team competing in the Black Belt divisions – Nick Robinson and Leoni Munslow.

Both of them showed fantastic skills and spirit, earning them a place on the podium, not only in their divisions but, also, in the Open weight categories!!!!

So, between them, they’ve brought back a Silver medal and three Bronze medals!!!