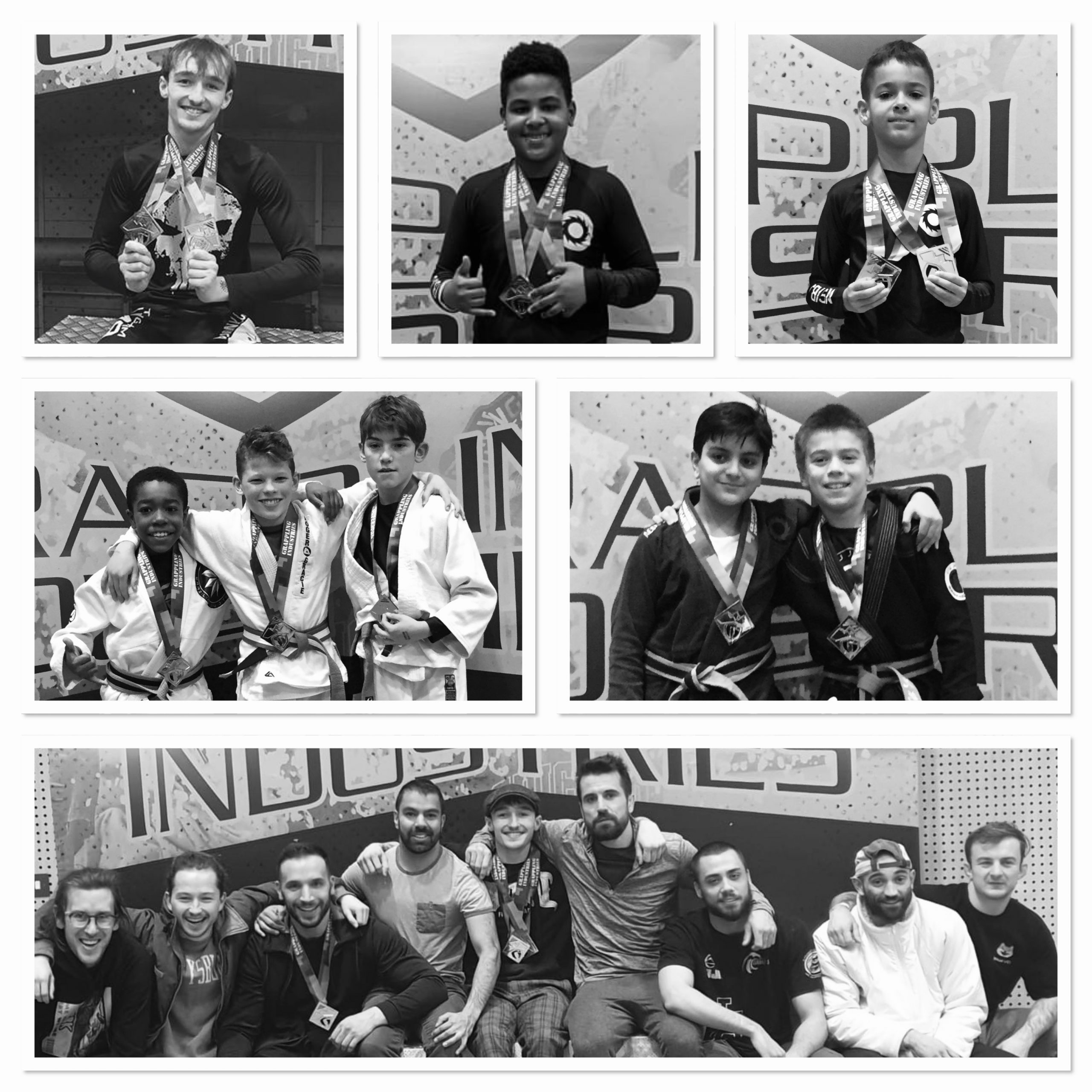 Grappling Industries London
Another busy day of competing for New School BJJ on Sunday 15th December 2019. This time at Grappling Industries London, which was held at the Moberly Sports Centre.  At this event, competitors fight in a Round Robin format, which means that they are guaranteed more than one fight.  This is great for first time competitors, as it gives them a chance to gain some valuable experience.
The Youth Squad had four kids competing and all of them showed that hard work and perseverance pays off!!! All of them medalled to win four Golds, one Silver and one Bronze medal from fighting in both Gi and No-Gi categories.
The Adult Squad gave a fantastic performance, with several competing for the very first time.  The competition was very tough, as always, but they managed to bring in two Golds, three Silvers and one Bronze!!  More importantly, the first timers got to experience the high intensity of competition sparring, which will have a positive effect on their development in BJJ.
Amazing performance from everyone in the team and our congratulations go out to JJ, Dylan, Johan, Hadi, Liam, Miran, Kevin, Ben, Rosy, Louis, Dan, Lewis, Wilf and Abid!!! Well done guys!!!
NSBJJ Admin Team
www.newschoolbjj.com