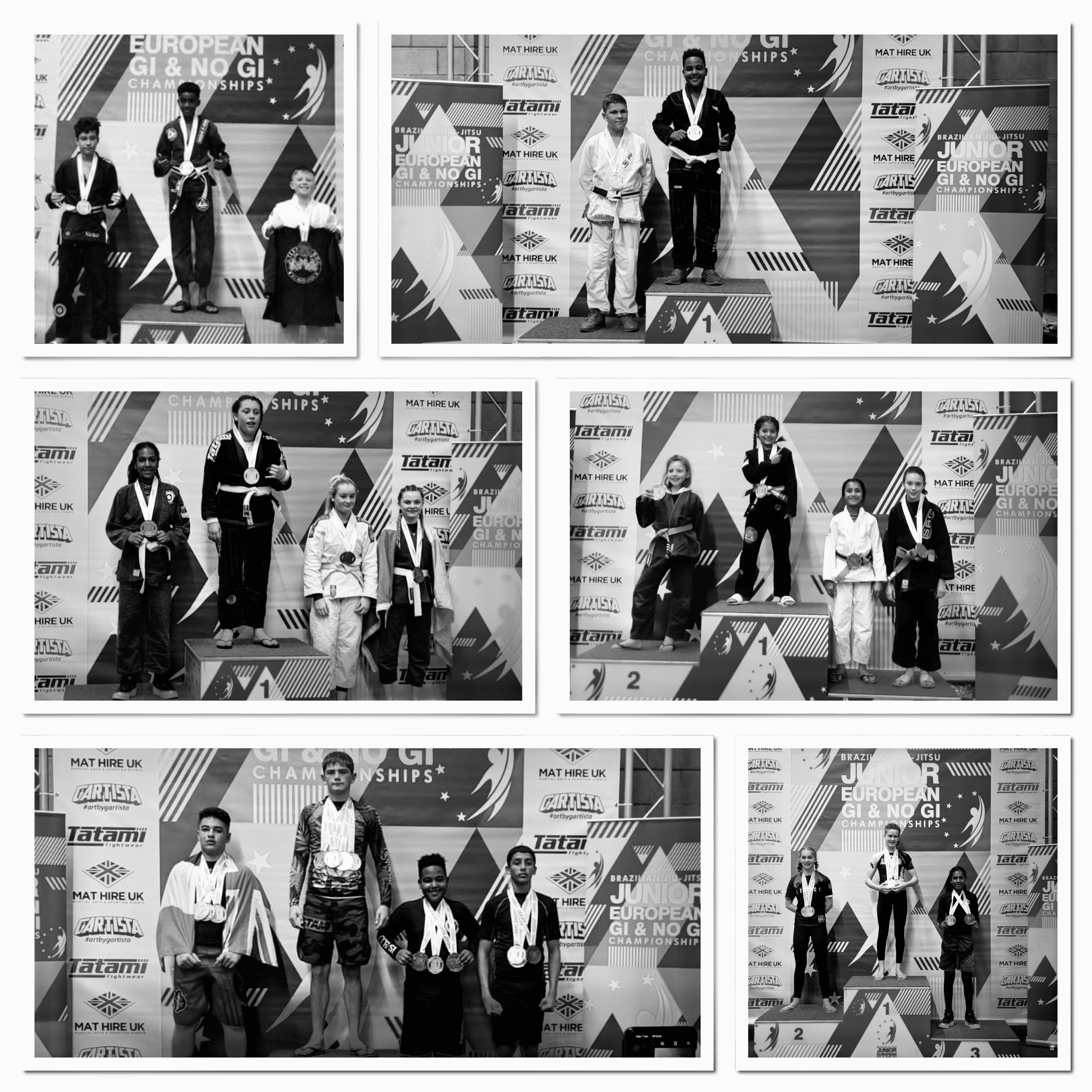 On the 21st and 22nd of September, four of our NS/BJJ squad kids competed in the BJJ Junior European Championships. As always, the kids did amazing, demonstrating the skills that they’ve worked hard on developing on the mats. In addition, some of the kids entered the Absolute divisions, which meant that they competed against bigger and heavier opponents. So, four kids competed and this was the collection of medals that they returned with: